Suppose you are a manager who is faced with having to reduce headcount (layoff one of your two employees) in your unit. Sales within the company have declined due to the downward spiral of the economy each department within the organization is faced with making the same decision. Fortunately, you only have to cut one job; others are reducing more.

Mary is in her mid-20s, single, college graduate, she is very hard working and was in the top 10% of the performance ratings this year, she constantly volunteers to travel, work weekends and evenings. However, she supports political causes that could be viewed as contrary to the goals of the company.

Alice is in her mid-40s, has two young children, her husband is a doctor, her performance is good, and she has above average performance reviews. However, she has limited availability on weekends and limitations onovernight travel due to her volunteer work with local charities.

View the video below for guidance. 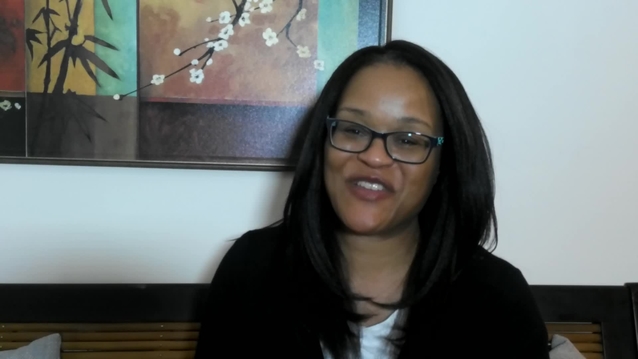 Part 2: Respond to a Peer

Read a post by one of your peers and respond, making sure to extend the conversation by asking questions, offering rich ideas, or sharing personal connections.

As a manager, I would select Alice to layoff opposed to laying off Mary. Alice’s availability is limited and during this layoff period I believe it would beneficial to have someone with the availability that Mary offers to fill in and take on roles that may require more of her time at work. Other things I considered in making this decision was Mary is single and is a college graduate. While I want to avoid considering peoples circumstances in situations like these, but along with Mary’s hard-working and willing attitude, she is responsible for herself. She does not, from the mention, have secondary income so this could be difficult for her and could be discouraging to be laid off and to be such a hard-worker. I believe her political views could be worked through if I attempted to delve into that area a bit more with Mary. I believe that Alice might be in a better position to stand a lay-off, because although she has 2 children she does have second income with her husband’s career and her volunteer at local charities speaks opportunity to me. I can appreciate that Alice volunteers at charities however and that can speak a lot to the type of person she is. Alice might be willing to cut some of her time at the local charities if her work required her to be available more due to the lay off. But my decision would have to remain with laying Alice off. I am not sure if the details about each character and their life situations are meant to be a distraction but they worked if they are:) Because this was a tough one to choose, in my opinion.

Other factors that can be used to decide who gets laid off in organizations are seniority and maybe communication skills. These could be used as an advantage or a disadvantage.

One thing that comes to mind when I think of making a decision that is legal and in the best financial interest of the organization but could be viewed as unethical is discrimination when it comes to age. Someone that is young in age, no kids and has a degree of freedom that older individuals with children may not have could be viewed as an extreme positive. The younger individual could offer, in some cases not all, a higher level of energy and could be molded to perform the way their employer wishes for them to. Older individuals could be viewed as stubborn and not willing to change. Some one with children could be viewed as employee with an excuse always on hand. It might seem, on it’s face legal and in the best financial interest for the business to lean towards keeping an individual with more positive aspects but could definitely have an unethical swing to it if it’s not fully supported with facts and holds discriminatory attitudes as I’ve mentioned behind them towards other groups of people. These decisions have to be ethical and considerate to fair reasoning while being beneficial for the organization.

I look forward to reading everyone’s else’s decision on who to lay off and why. 🙂

Click on the Order Now navigation to access the order form. Fill in the form with your order details and submit.

Attach your order details and other files including rubrics, useful sources and instructions.

3. Pay For The Order

You will be redirected to payments after submitting your order.Fill in the payment requirements and check out your order.

Your completed order will appear on the editing status, after which we will upload it to your account.

Once the editor has completed checking your order, it will be ready for you to download

Once you receive your order read it and tell us if you need a revision. We will revise it free of charge.

“Great experience with SubmitYourEssays.com! It’s my first time hiring an essay writer online and I couldn’t be happier with the collaboration. I ordered a social sciences assignment and an educated writer completed it for me. I got an A for it!”

“I thought my roommate was wasting money on essay writer help but I was convinced otherwise when I needed to order a paper. The content is worth the money. It’s unique and I’m sure the writer invested a lot of effort.”

“I had an urgent deadline, but I’m not sorry I paid a higher price for my order. The essay writer understood what I needed. He used authoritative sources and made strong arguments. I got a high grade on this essay.”

“I send all of my work to them for proofreading and a little editing. I especially like sending my professor’s amendment requests because I hate having to change my own work. These guys really take the pressure off.”

“I wasn’t as detailed as needed with the instructions. Even on minimal guidance, the essay writers from this service managed to deliver good work. I’m happy with the result. Next time I’ll be more attentive to the order form, though.”

Hi there! Click one of our representatives below and we will get back to you as soon as possible.

Customer Support
Chat with us on WhatsApp